The carving of mortality images is as old as mankind, with emblems representing a belief that the soul would rise and live on in the afterlife of choice.

One of the most prevalent motifs on seventeenth century grave markers was the Death’s Head i.e. a stylised skull with or without wings. The skull was used to represent Death, a reminder that death comes to everyone, as indicated by the words that later accompanied it, Memento Mori, meaning ‘Remember that you must die,’ in Latin. On these early monuments the Death’s Head was usually portrayed either in partial profile or facing front. Later in the eighteenth century, influenced it part by the masonic tradition, the skull was carved in all manner of ways: with or without a bottom jaw, full-face, quarters or half-profile; eye sockets in deep or raised in relief and came in all sizes. In fact, there were many variations of the Death's Head motif. The characteristics and configuration of the image depended entirely on the preferred style of the carver.

The Winged Skull, carved with a full face and wings outstretched on either side, may be found on a few seventeenth century stones. Some have speculated that these skulls were intended to symbolize a combination of a physical death and spiritual regeneration.

Other decorative motifs accompanying the Death's Head include The Hour-Glass, indicating the passing of time. It is usually portrayed in raised relief, in a vertical or horizontal position. The Deid Bell, a small hand bell which was rung to give notices of funerals and the Sexton’s Tools, an image of a spade and turf-cutter, the later with a unique triangular blade. Often the two tools will be depicted crossed.

A realistic and easily identifiable image of a coffin could also be found in the within the mortality symbolism sphere, sometimes depicted as double-spoked, in later times depicted as a single image. The skeleton or cadaver, as it is sometimes called, is another mortality motif and can be depicted either lying down, or on a bed or in a hammock-like object. The accuracy of the anatomical detail was dependant upon the skills of the stonemason.

Below are just a few examples of this much maligned form of decoration. Please click on image for larger size. 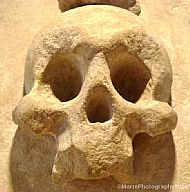 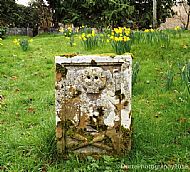 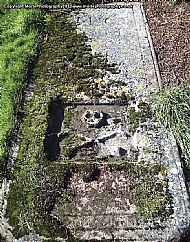 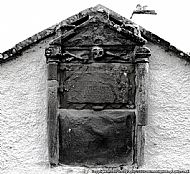 The Skull With No Name
Chapel Yard, Inverness 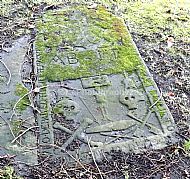 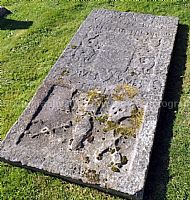 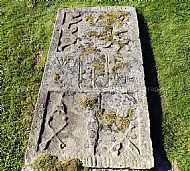 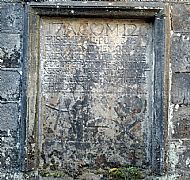 They're Behind Me Aren't They
Parish Churchyard, Rosemarkie 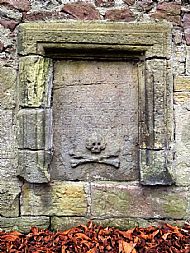 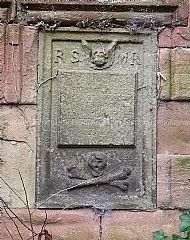 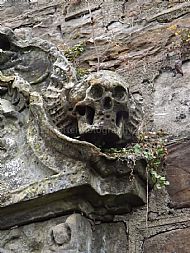 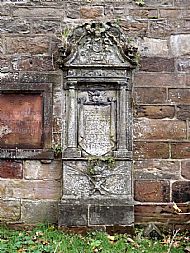 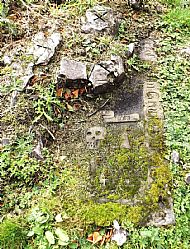 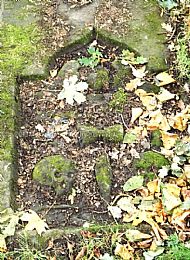 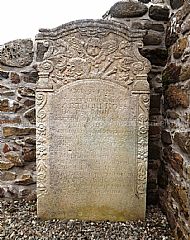 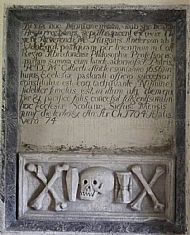