Delighted to announce that I will be co-hosting a guided walk of Tomnahurich Cemetery, Inverness with Liam Shand of Highland Paranormal, on Sunday 3rd April. Further details/booking etc, will follow shortly. 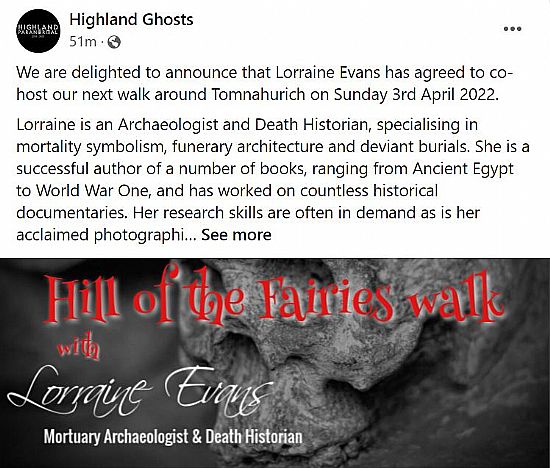 After a long hiatus I am pleased to announce that Morte Photography, and yours truly Lorraine Evans, are back in business, so to speak. Many of you who follow me on social media will already know that I was without an internet connection for an entire year, due to my enforced Covid living situation. Understandably this had a detrimental effect on every aspect of my work. Both my book launch and book tour were cancelled, thus destroying any hope of Burying the Dead being a success. Likewise, a planned exhibition in Orkney has also been cancelled. To say I am gutted is an understatement, however one has to look at the bigger picture and feel relieved that on a personal level I came out of the Covid year pretty much unscathed. Others were not so fortunate.

Big plans though are afoot, which will be announced in due course. A number of talks in the Autumn have already been booked, both online and face-to-face. An example is shown below, full details of how to book will be available shortly. Site visits can finally resume, a new newsletter is forthcoming and a new book is also in the pipeline, again details will be available soon. Pheeeewww! 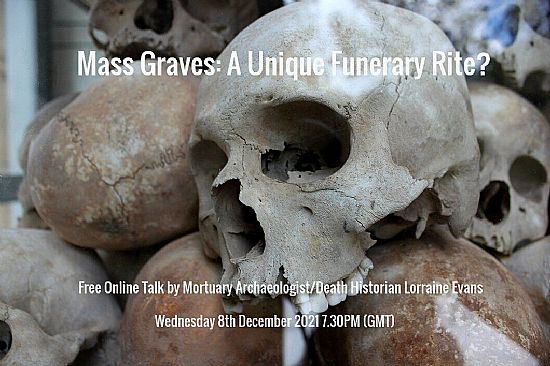 So on this 1st day of June 2021, I wish you all a joyous summer season. Please remember to stay safe.

I would like to take this opportunity to wish you all a very Merry Xmas and a hopeful New Year. Your unwavering support over the past year has been very much appreciated. Thank you! 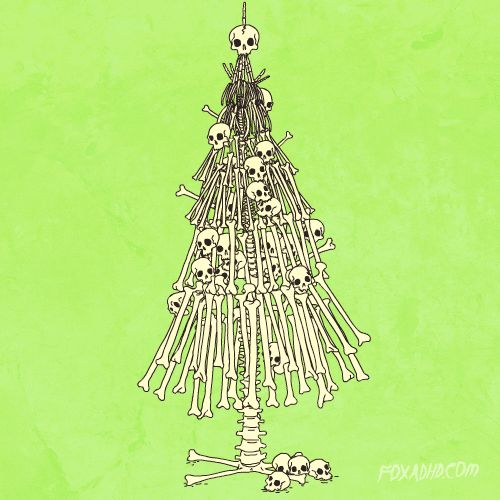 Delighted to be speaking on Mourning in the Digital Age at the DigiDeath: Public Archaeologies of Digital Mortality Conference in January 2021. Further details, including speakers and abstracts, can be found on clicking on the link below or filling in the Contact Form. 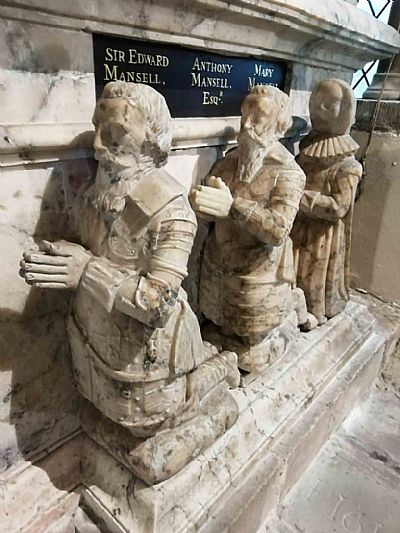 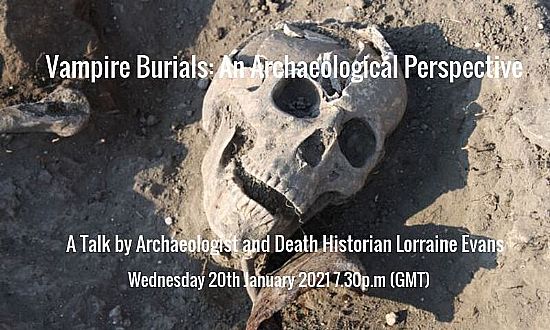 Pleased to announce that Burying the Dead is now available to pre-order via Pen and Sword, Amazon and all good booksellers. Release date is the 30th November 2020. Further details to follow. 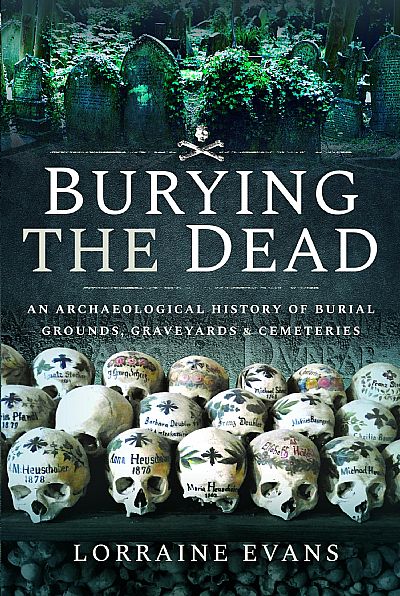 Deep in the heart of North Yorkshire, at a place called Walkington Wold, there lies a rather unusual burial ground, an Anglo-Saxon execution cemetery. Twelve skeletons were unearthed by archaeologists, ten without skulls, later examination of the skeletons revealed that their owners were all subjected to judicial execution by decapitation, one of which required several blows.

Similar fates have befallen other wretched souls, the undignified burial of suicides - in the Middle Ages, the most profound of sins - and the desecration of their bodies, go largely unrecorded. Whilst plague pits, vast cemeteries where victims of the Black Death were tossed into the ground, their bodies festering one on top of another, are only today betraying their secrets.

Although unpalatable to some, these burial grounds are an important part of our social heritage. They have been fashioned as much by the people who founded and used them, as by the buildings, gravestones and other features which they contain. They are records of social change; the symbols engraved upon individual memorials convey a sense of inherent belief systems, as they were constructed, adapted or abandoned depending on people’s needs.

Burying the Dead explores how these attitudes, practices and beliefs about death have undergone continual change. By studying the development of society’s funerary spaces, the author will reveal how we continue to reinforce our relationships with the dead, in a constant and on-going effort to maintain a bond with them.