Favourites. We all have them, be it a favourite colour, a holiday destination, a piece of music, a book, a particular garment that brings back fond memories. But ask an archaeologist about favourites and within a very short time I can guarantee the topic of conversation will veer towards something they have inevitably found, or dug up, or something they had wished they had found, or dug up. For during these strange pandemic times we now live in, favourites become rather more poignant and often remind us of happier times gone by. Or in my case, a stark reminder of what I am currently missing out on! Archaeologically speaking, for me three such favourites spring to mind, that being Kirkmichael Burial Ground in Resolis, Black Isle, a site that I was intimately involved with for over six years. The second is a remarkable grave slab found in Lerwick Museum, Shetland, whos size defies all logic. Finally, there is the example I would like to share with you all today, the remains of a stunningly beautiful sandstone slab, decorated with rock art, that once formed part of a Bronze Age cist grave. 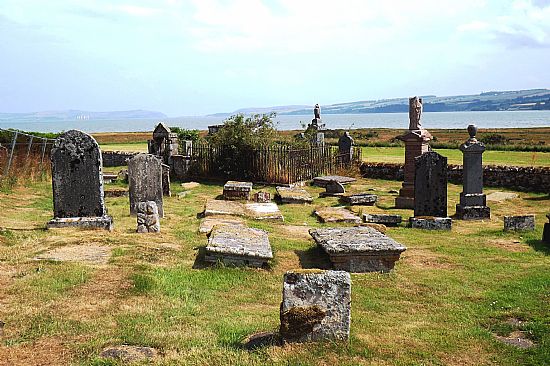 In no particular order, Favourite No.1 Kirkmichael Burial Ground 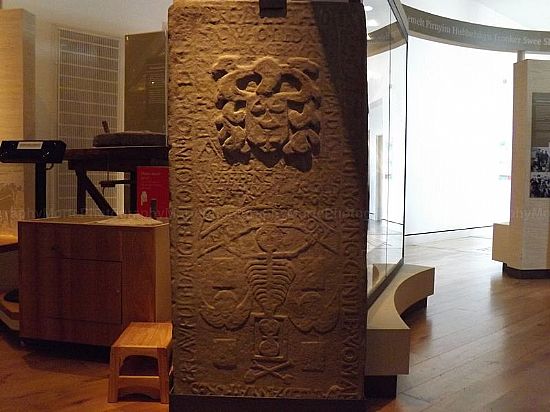 During the winter of 2004 archaeologists from Headland Archaeology, based in Edinburgh, began excavating the remains of a Bronze Age burial cairn at Balblair, 2km south-west of Beauly, near Inverness in Scotland. A survey of the site had previously been completed in April 2004, followed by trial trenching during the summer. The need for excavation had been promoted by a planning application submitted by Balblair Quarry to extend and develop the site. An earlier study of the area by the Centre of Field Archaeology had identified a number of archaeological features within said application boundary, and as planning had been subsequently approved, Highland Council were duty bound to initiate further archaeological investigations. 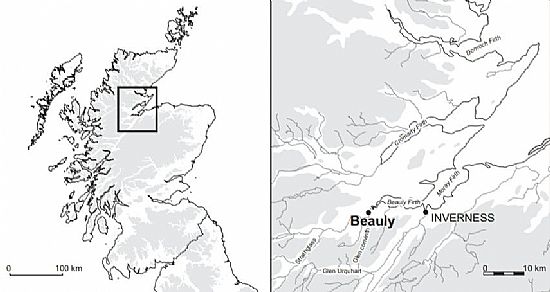 Located on the northern end of a plateau, the feature was found to be a round cairn, rougly 14m in diameter, rising to 0.5m in places, and was constructed directly on the pre-existing ground surface. Radiocarbon dates obtained indicated that the cairn had mostly been dismantled some time during the late 18th or early 19th century. It was most likely used as a source of stone for a nearby plantation dyke. The cairn had no internal divisions to speak of and there was no evidence for a kerb. Once the outer stones had carefully been removed, inside archaeologists discovered a cist lined grave, built on three sides from sandstone slabs, with a much larger schist slab located at the west end. Each slab had been edge-set into narrow slots of varying depth cut into the underlying gravel subsoil and packed with smaller stones. Alas, evidence indicated that the grave had been disturbed sometime in the past and no surviving remains were uncovered, bar a deposit of yellow sandy material and a few sherds of pottery. You could say that the findings were disappointing. However, it soon became apparent that three of the surviving side slabs were decorated with rock art, decorated slabs within cist graves commonly faced inwards towards the corpse, with two slabs comprising small cup marks and a perforation, and a third slab exhibiting a much larger cup mark and perforation, together with a complex carved design without parallel in Scottish prehistoric rock art. They were subsequently moved to Inverness Museum for closer examination. 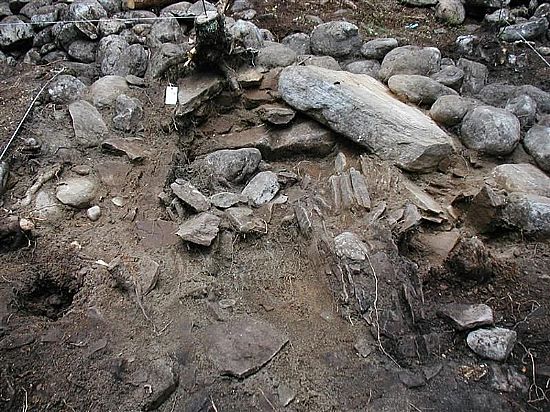 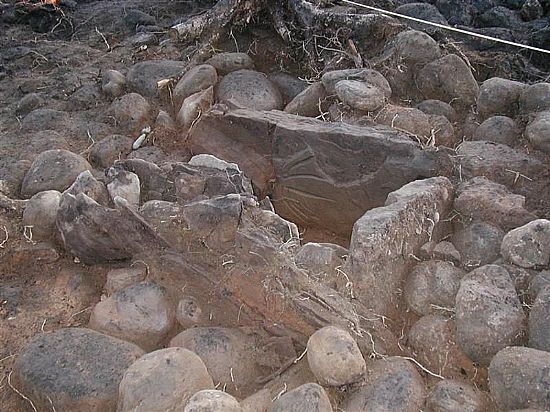 The largest slab, Slab A, is currently on display in the Museum and this particular exhibit is my third 'favourite' as mentioned above. It is a substantial piece of sandstone, some 1.38m in length by 0.65m in width, with a slight pink hue in appearance, although as you can see from the image below the stone has broken into two. It is believed that the decorated side of the slab was initially placed face down into the cist, before forming a side wall. At the western end of the slab (as located in the cist) there is a line of two or three circular designs: a perforation, a cup mark of similar diameter and the partial remains of a probable second cup on the edge of the slab. Four light incisions can be seen radiating out from (or into) the perforation and there are smaller cup marks and light pecking around it. Just off centre, in the middle of the slab, you can clearly see a deeply scored, linear decoration. Although not entirely symmetrical, the design does appear to consist of two mirrored opposing elements. Pecking appears as the predominant working technique with the use of scoring to create the line decoration radiating out from the perforation. Such techniques have been identified in some Irish megalithic tombs, used as a preliminary sketch before more complex designs are executed, although there is no evidence to infer this occurred on the Balblair slab. 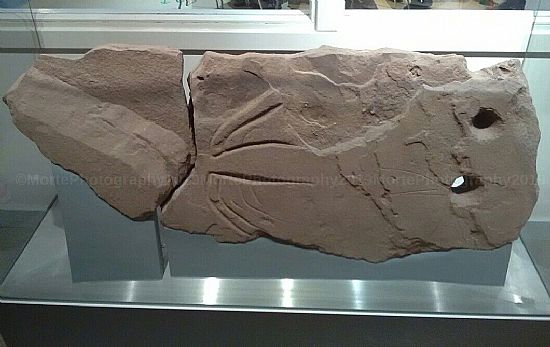 Slab A on display in Inverness Museum

It has been suggested that the decoration style closely resembles megalithic art rather than single-grave art, highlighting the fact that the Balblair slab may have originated from an earlier megalithic monument. Although it is impossible to ascertain in which order the stone was decorated, or if some of the designs were superimposed over others, the position of decoration relative to the cist floor means it is almost certain that Slab A was re-used as a side slab and, therefore, was decorated and used elsewhere first. Absence of decoration on one end of the slab, coupled with the design of the curvilinear decoration, strongly suggests that the slab was once freestanding, set upright in the ground with the large cupmark and perforation at the top. The reuse of decorated slabs in Early Bronze Age cist burials is common, either taken from open-air sites or earlier monuments. Several cists in Scotland incorporate reused standing stones, for example Cist 1 from Loanleven and the capstone from Nether Largie North. Some scholars have argued that Slab A's decoration may resemble a tradition that was prolific over Atlantic Europe from the Neolithic to the Later Bronze Age. Ironically, the closest parallels identified to the design motif on Slab A originate from south-west Spain and Portugal, not as monumental art in a megalithic context, but as small portable slate plaques, of around 0.2m in length, that were deposited within burials of Late Neolithic and Early Bronze Age date. Such plaques accompanied an individual burial and have been interpreted as 'a record of a dead person’s position within a genealogy, buried with the corpse to preserve this information for future generations.'

The Balblair stone could not have functioned in this manner, albeit its exact function is still a matter of conjecture. Full discussion and an extensive archaeological report can be found clicking on the following link: documents/137_117_136.pdf As senior archaeologist Andrew Dutton surmised: "It has certainly got people scratching their heads, " he admitted. "It is unique. There is a lot of rock art around here and the cup and ring symbol can be seen in the open air at several sites but the curvilinear lines on this slab are very strange. Also the cup marks have been worked through from both sides until there is a perforation that, perhaps, people could look through to see inside the kist or to let light inside."